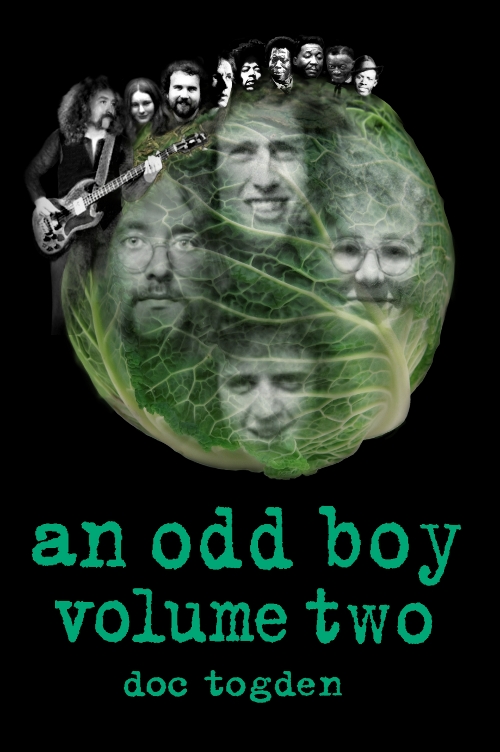 The peak of the British Blues Boom – and Savage Cabbage the band who could have rivalled Cream. At their height they were billed with Rory Gallagher’s Taste at ‘Colonel Barefoot’s Rock Garden’ where psychedelic lyrics and electric blues ignited the night. The arts became rampant street-culture – roaring like wildfire from ’68 to ’70: Doc’s exotic final school years. A tragic chaotic emotional hiatus thrusts him choicelessly on stage alone, as a weird solo-Bluesman with a maniacal talk-in. He meets John Martyn, Jo Ann Kelly, and Mike Cooper. Art School looms and Doc finds himself standing alone with his Blues harp and faux-resophonic guitar - waiting for Papa Legba at yet another crossroads …

Praise for Volume one:

“One spectacular sentence after another – a delight to read” — Deborah Magone

“The taste of some exotic food on the tip of the tongue—unsure of what it is you like—but you must try more and more…” — Colin J. Tozer

Deeply touched by what you wrote
— John Martyn